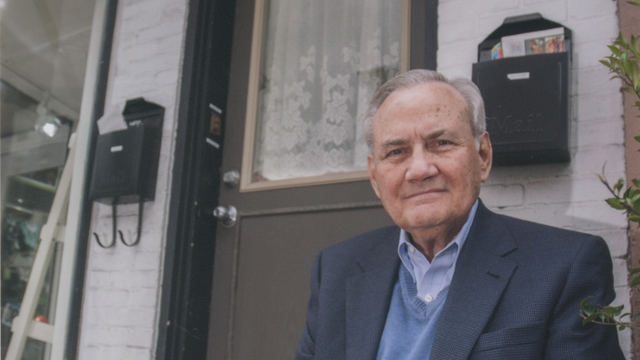 Marketing executive Ralph Crosby has written a memoir about growing up in Annapolis, Maryland, during the country’s most disruptive yet most dynamic eras, from the mid-1930s to the early 1950s—from the end of the Great Depression through World War II and the Korean and cold wars.

The book, MEMOIRS OF A MAIN STREET BOY: Growing up in America’s Ancient City, blends memories from that era with the story of Annapolis’ unique place in American history and its typical small town life, made atypical by its Chesapeake Bay location and its exceptional institutions, such as the U.S. Naval Academy and St. John’s College—wonderful playgrounds for a child of the mid-20th Century. The book is infused with stories of Annapolis streets, homes and institutions frequented by the likes of George Washington, Thomas Jefferson and Francis Scott Key and, 300 years later, by the author and his contemporaries.

The book chronicles unique Annapolis events of colonial history and of the mid-20th century: from the arrival of slave ships to the city’s downtown harbor to the racial turmoil when Martin Luther King, Jr. was shot; from George Washington’s sojourn in Annapolis when he resigned his military commission at the Maryland State House to the author’s childhood journeys to State House hill, his first playground.

Mr. Crosby has spent a multifaceted career as journalist, author and marketer. Currently, he is chairman of Crosby Marketing Communications, an award-winning, Ad/PR firm he founded in 1973. A graduate of the University of Maryland College of Journalism, Mr. Crosby began his professional life as a newspaperman in Baltimore, later becoming a Washington correspondent and magazine writer during the Eisenhower-Kennedy-Johnson presidential years, culminating his journalistic career in l972 as an editor with the Kiplinger organization.

Having published numerous articles in national magazines, Mr. Crosby is also author of two previous books, both on communications in business. MEMOIRS OF A MAIN STREET BOY is published by Anaphora Literary Press, which has issued 170 creative and non-fiction books. Mr. Crosby’s book is available at amazon.com or barnesandnoble.com.

Mr. Crosby still lives in his hometown, Annapolis, with his wife, Carlotta, and he often revisits the playgrounds of his youth.